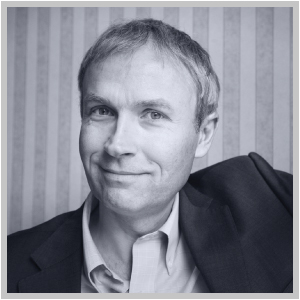 Luke Johnson is Chairman of Risk Capital Partners, a private equity firm he co-founded in 2001. For six years until 2010 he served as Chairman of Channel 4 Television.

He worked as a media analyst at Grieveson Grant/Kleinworts in the 1980s. He was Chairman of PizzaExpress PLC in the 1990s and chairman of Giraffe for nine years until its sale to Tesco in 2013. He co-founded the largest UK chain of dental surgeries, Integrated Dental Holdings. He also co-founded restaurant chain Strada. He serves as Chairman of The Institute of Cancer Research. He writes weekly for The Sunday Times, and wrote a weekly column in The Financial Times for eight years until 2015.

He is chairman of StartUp Britain, and created a think tank in 2013 called The Centre for Entrepreneurs. He served as chairman of the Royal Society of Arts and a governor of The University of the Arts London, and is chairman of Career Colleges, a non-profit promoting vocational education.

“Incentives like the Enterprise Investment Scheme have supported Britain’s economic recovery by enabling high growth businesses to scale – creating jobs and wealth while generating tax revenue for infrastructure that we all benefit from. The SME investment management community plays a vital role in ensuring that investment is best deployed – in talent, technology and R&D. The Growth Investor Awards provide an important national platform to demonstrate the value of this impact.”